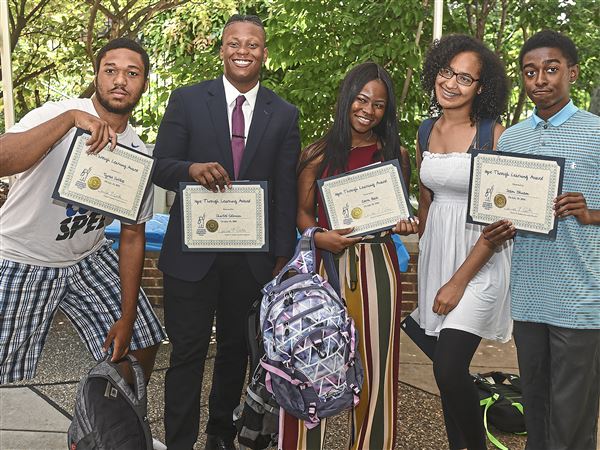 On July 19, 2018, five recent high school graduates, who are going on to higher education, received HCEF’s Hope Through Learning Award. This $2,500 award for students who have experienced homelessness was increased to $5,000 this year, to be awarded over the course of the two years.

Please join us in celebrating the 2018 awardees:

In 2018, the first-ever HCEF Perseverance Award was given to Veronica, a 2014 recipient of the Hope Through Learning Award. Veronica completed her undergraduate degree and is now attending Carlow University in pursuit of a master’s in early education.

For more information on the 2018 awardees, see this Post-Gazette article.